the long and winding road

I've taken a rather huge break from riding for the last few months. Sure, there have been the random little rides -- but I've not taken this much time off the pony over winter in a handful of years.

So, Ed and I are back at it. Time to log the long smooth miles so the singletrack smiles are bigger, deeper, more magical when our world dries out. Unfortunately, winter has left a rather lingering, sopping wet blanket on all of the trails around. So, we take it to the back and dirt roads.

Not such a bad place to be on a 60 degree day in February!

Ed, leading us out. And up. And up. And up. He eventually dropped me -- in his freakin' little 14 tooth cog of a walt works commuter. The man is ... stronger than he will dare admit. Stinker. 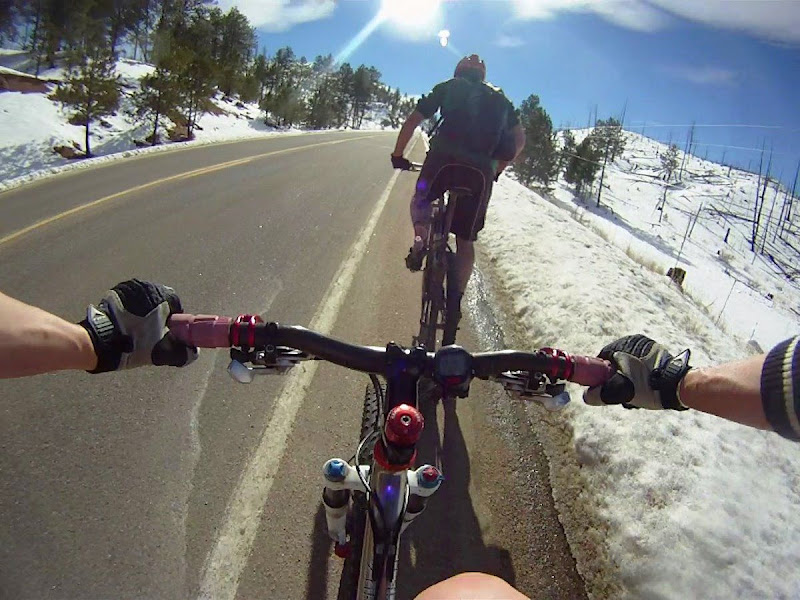 Even Ed cheers when we top out on the last biggest climb. Wwwhhheeeee!!!! 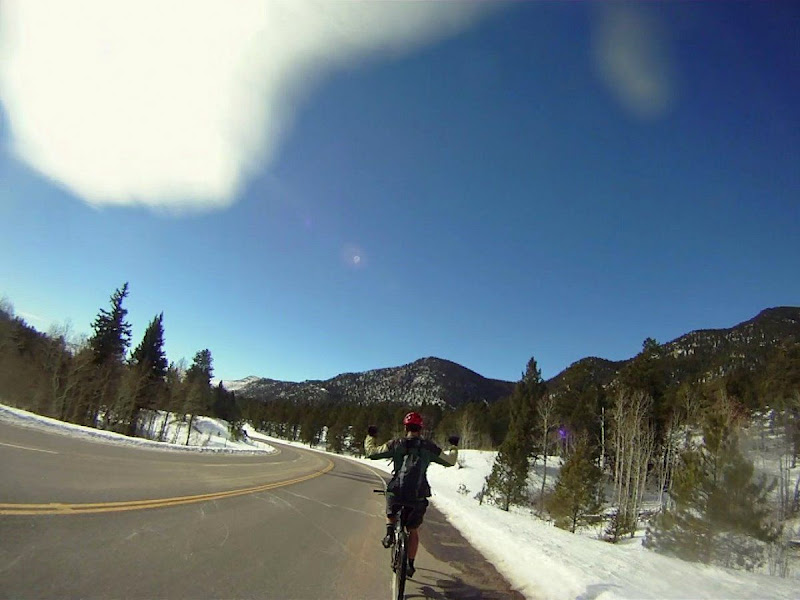 And, of course, Ed ALWAYS drops me on road descents. HOW? WHY? I have no idea. I can pedal and pedal and pedal in my big ring, tuck all neatly into the tiny pony bubble -- and he just tucks in and rolls away like he's attached to some sort of vehicle pulling him down the hill. I just give up and let the camera take pix of the view. Not such a bad view ;-) 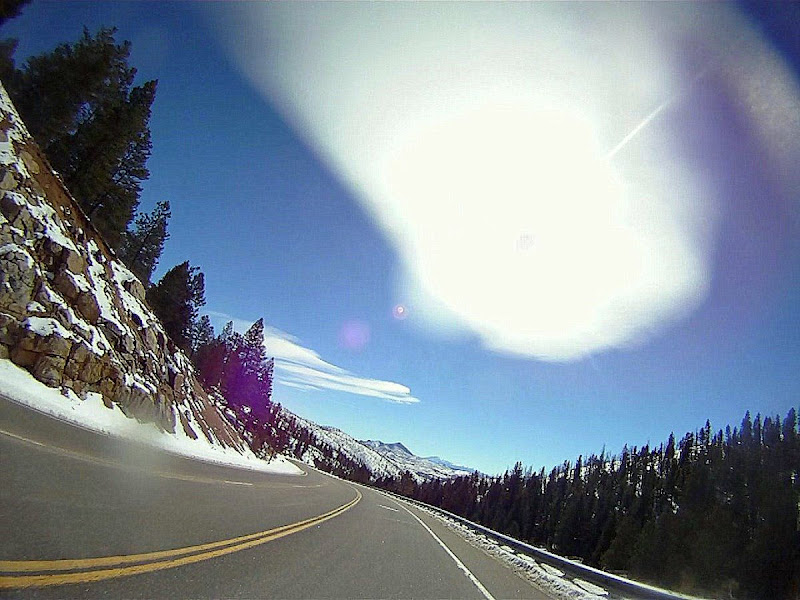 I know it's a dirt road, and I know it's relatively flat as a pancake... but I love winter riding this road. Today, we were lucky to have a few miles of velvety frozen-packed snow. We also had a solid 20 miles of muddy, slush-flinging fun. It was so warm today that the slush spray actually felt refreshing on my bare legs. In February. Hum. 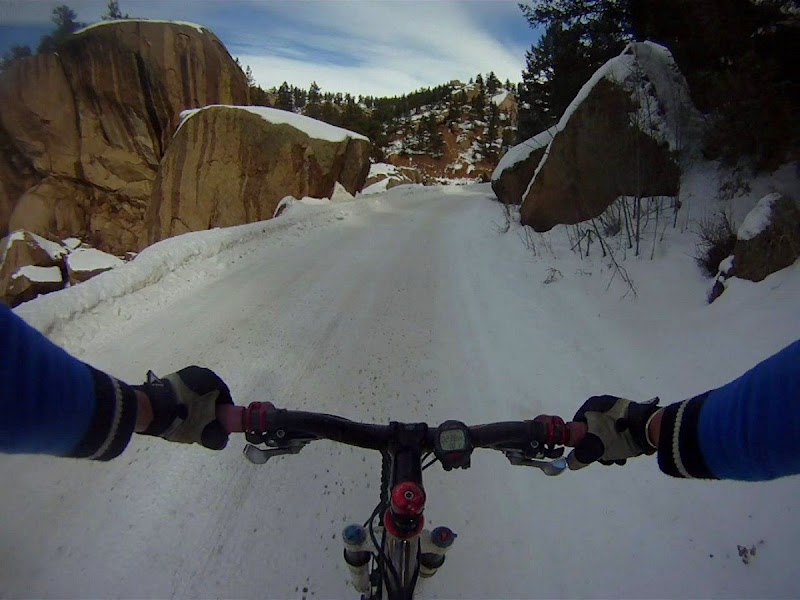 By the last 10 miles, my sit bones were hurting SO BAD. I was really uncomfortable on the bike. And for some reason, when I pushed down on the pedals, I had less than nothing? Likely not a good sign on a flat, dirt road. Pooie. Ed dropped me like a bad habit and sauntered off to finish the loop in speedy and powerful style.

Me, I hung back, watched the river flow by, and put one pedal down, and then another. It's supposed to hurt, right? Right. And so it goes. Brilliantly. 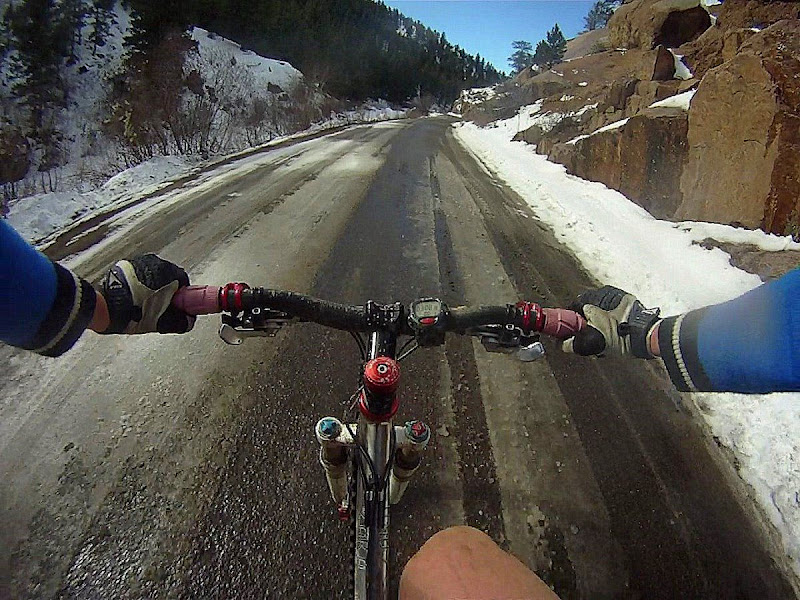 Obviously, no one wants to watch video of riding a dirt road. Not very exciting -- not of me, anyway. I will say that the audio is quite hilarious. Apparently I had pressed Record on the GoPro -- only to completely forget that it was recording. What did it record beyond the flat and winding road rolling by? Well, as I finished the ride and I got slower and slower, this is what the recording captured (about 20 times): "really, team? really?" Apparenly I was so slow I could hardly believe it ;-) HA! 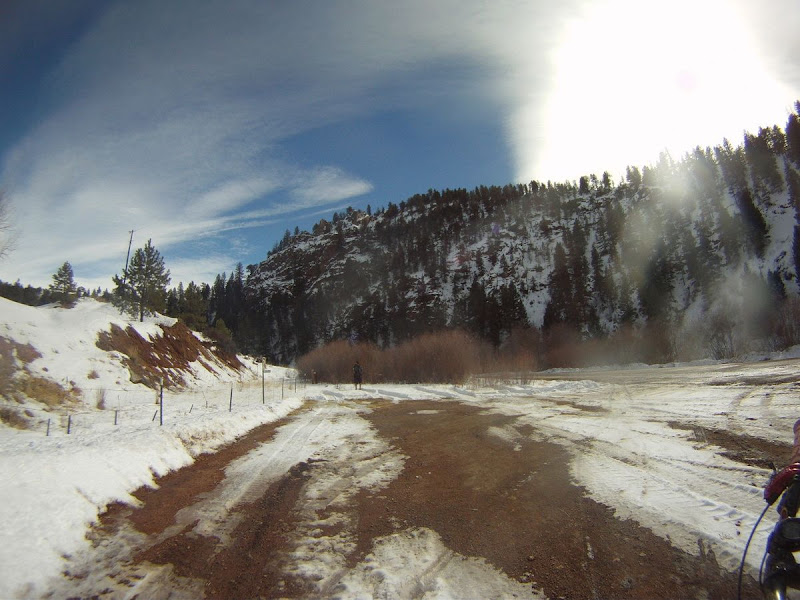 We finished the ride and felt really stinkin' good about it. 2 days out on the roads is a good kick-start. I think I'll go run today.

Thank you, starling, for a lovely weekend of riding around in the sunshine. That's really what it's all about -- right?