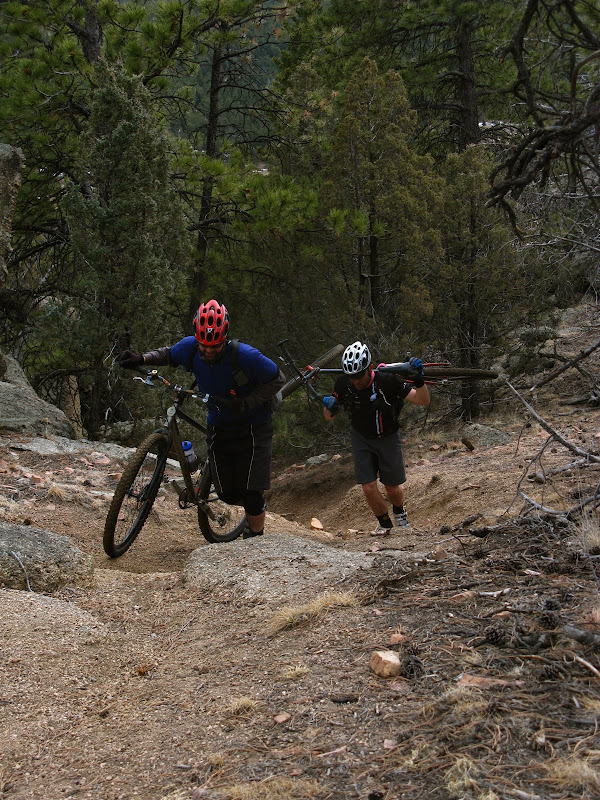 Click the pic above for the whole picture story.

(Or, go to Steevies album for more pix from a different POV).

Happy trails (or rides without trails)!!

The weekend did not turn out as 'expected'. Truth is, I didn't expect anything outrageous for the weekend at all -- likely a ride or two, some DVDs, lots of wine, maybe a couple of kisses.

Boy, was I wrong! Apparently, my darling had a secret plan and surprise!!!!

SATURDAY:
Late sleep-in
Breakfast at Our Special Place in Evergreen
Matinee: Coraline
Coffee and Chai and Biscotti downtown Denver
A few hours at the Kirkland Museum downtown for the Abstract Paintings and Sculptures exhibit
An art-experience of a dinner at Fruition downtown denver (courses with wine selections made for a truly creative experience in and of itself. i feel so lucky to have experienced that!)

Siiiggghhhh.... ah Valentines day ;-)
I only have ONE picture from the WHOLE DAY, can you believe that? 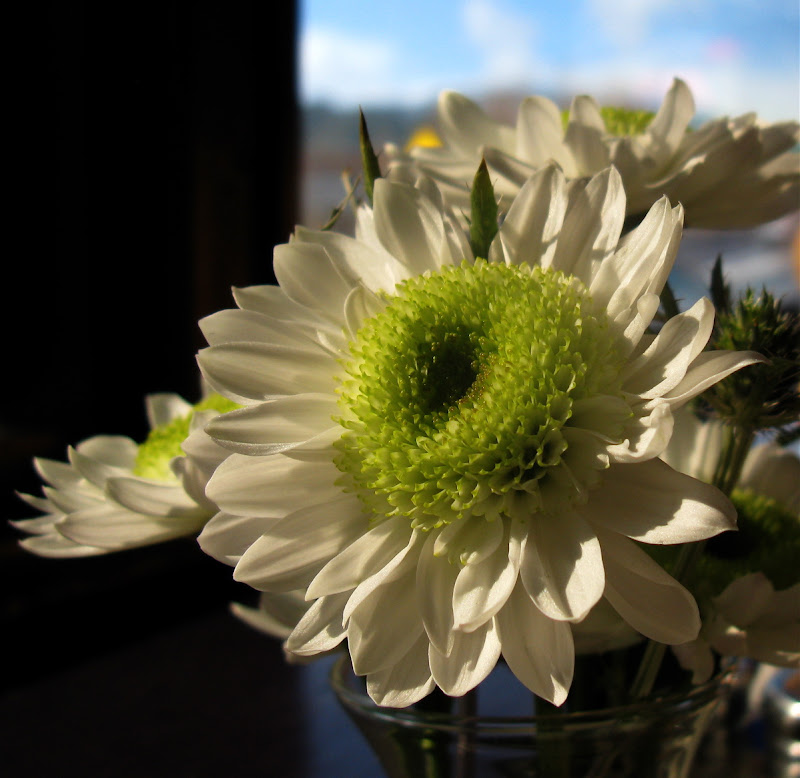 Then TODAY!!!
Despite feeling completely and utterly wasted tired upon waking up really late, we saddled up the ponies and rode from home... we hit the sunny skies for 46 miles of roads, dirt roads and single track, a total of 6,400' of climbing, and many, many hours of sunshine, exploration and smiles!!! Felt GOOD all day to boot! yyyeeehhhaawww!!!

Ed is spoiling me rotten, I tell you. He made a wicked scrumptious stir-fry tonight ... while I geeked-out on Lynda and DaveHs OP Race Results (yyyeeehhhaaawwww!!!) and DaveBs Race Results (supastaaaa!!!!).

Our people kick-ass, I tell you! Giddy-UP!!!

It's February 7th, 2009. Usually this time of year, here in CO, the ground is covered in snow, I don't leave the house without my down coat on, and MtbBliss -- all good and DirtyProper-like -- is a faint mirage on the horizon of March.

(Click any pic to get a full spectrum of the whole day).

But this year ... today... we rode dirt trail, in shorts, and got to rock and roll as if it were mid-spring. 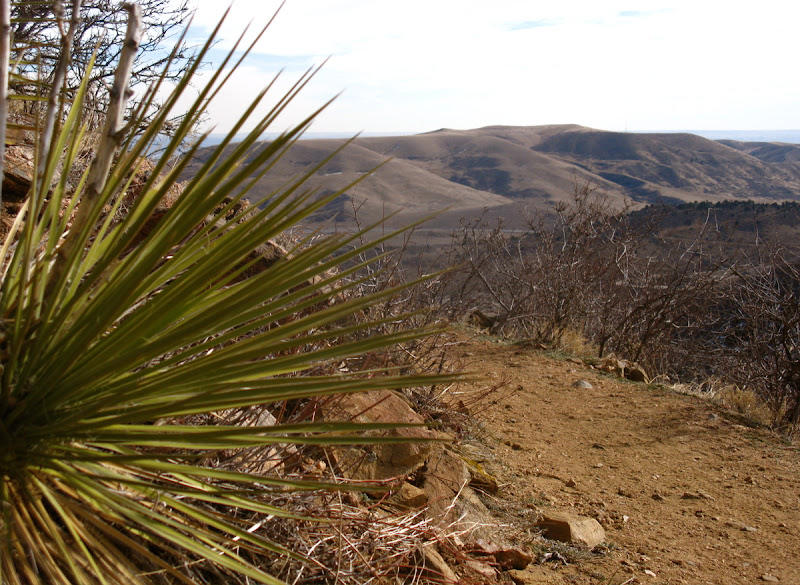 Trails usually covered in snow and burdened with the wind were bare, and beautiful.

And, as if that weren't enough, it is MICHELLEs BIRTHDAYYYYYYYYYYYYY!!!!

So what did we do? 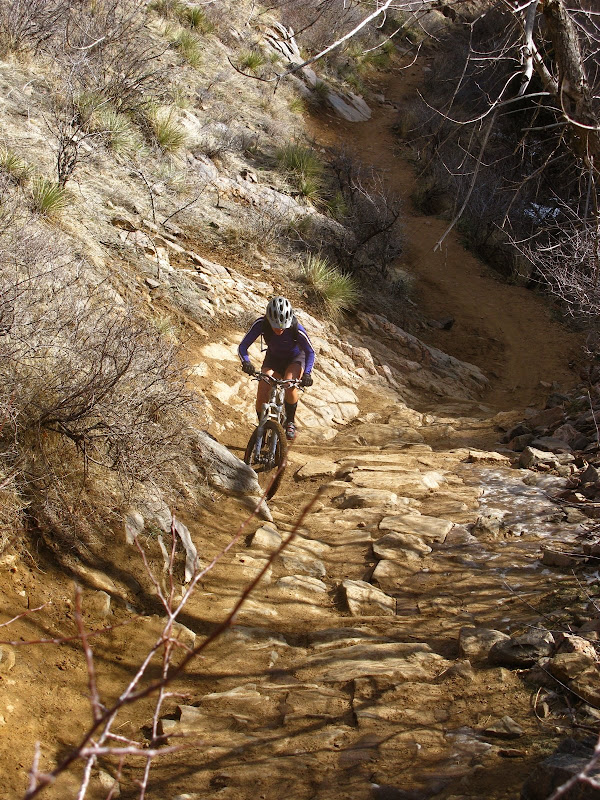 Picking up right where we left off not 2 months ago ...

We went out and blew the Bliss out of the front range trails. That is what we did ;-)

First, we hit the lower part of Apex, and ponied our way up Pickn's. We contoured around the top on Grubstake, topped out and descended on Sleux.

We had some birthday-fun playing on a rocky-switch that M had to tick off her list: 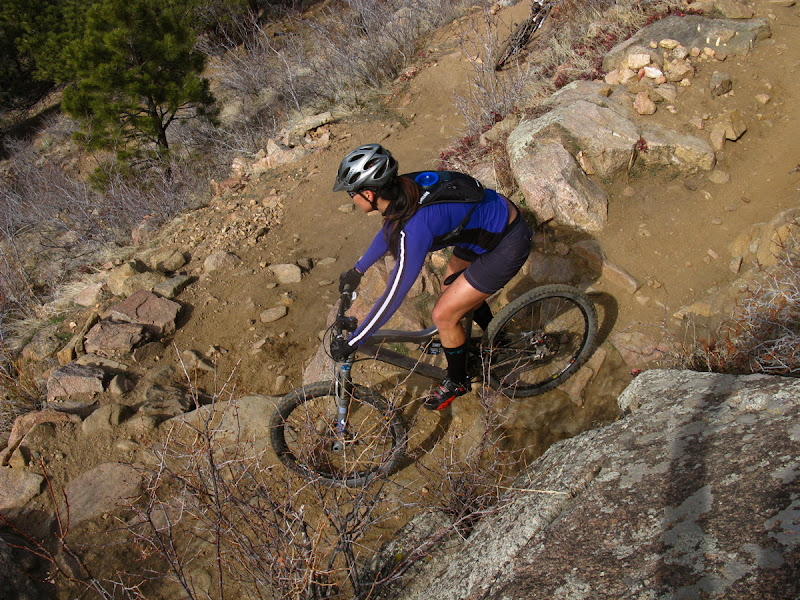 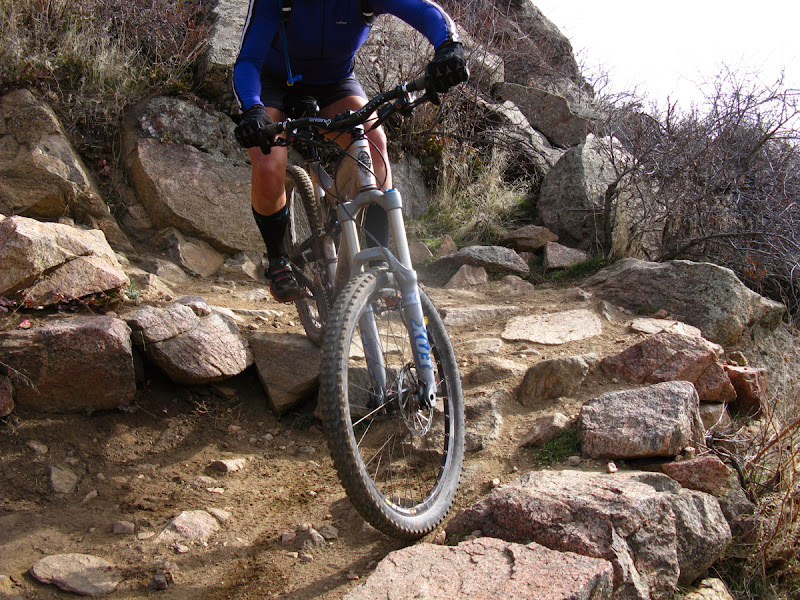 Flowin' thru all smooth and skilled ;-) 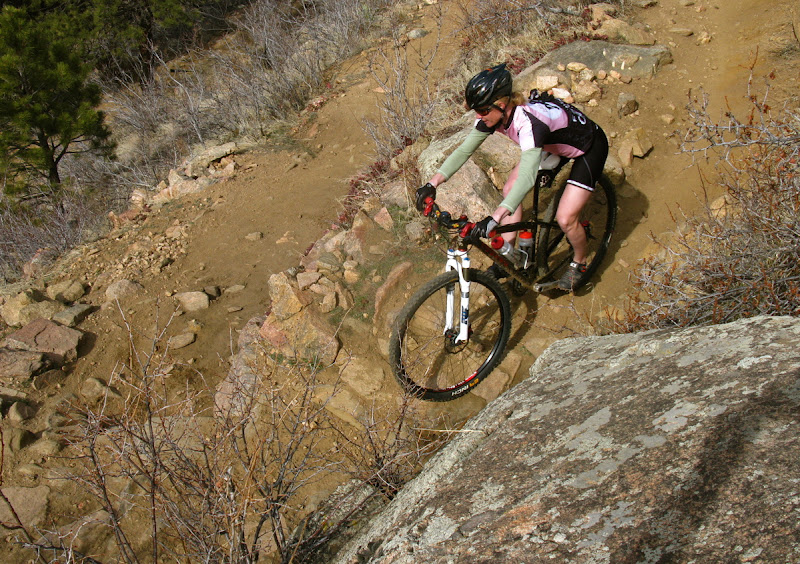 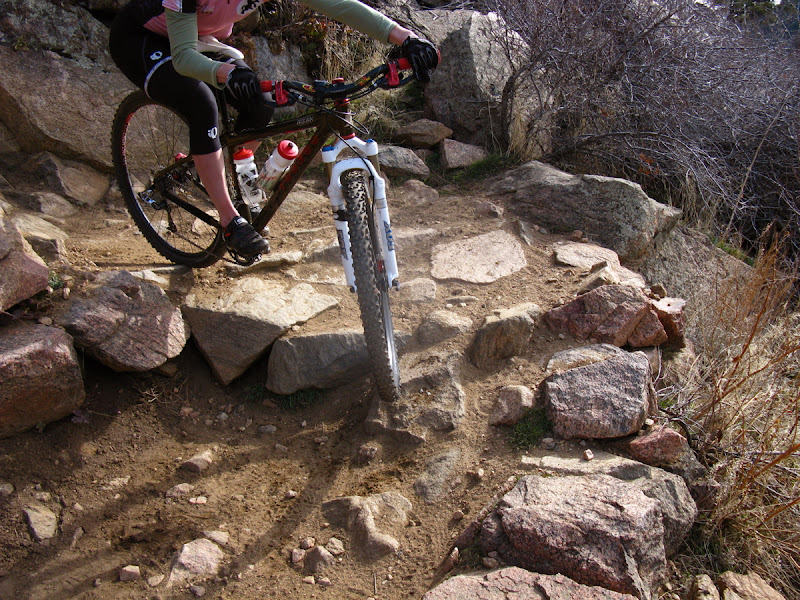 We finished playing in the Apex park by just descending the icy gulley, and made our way up and over Heritage and ponied our way up Dakota Ridge. 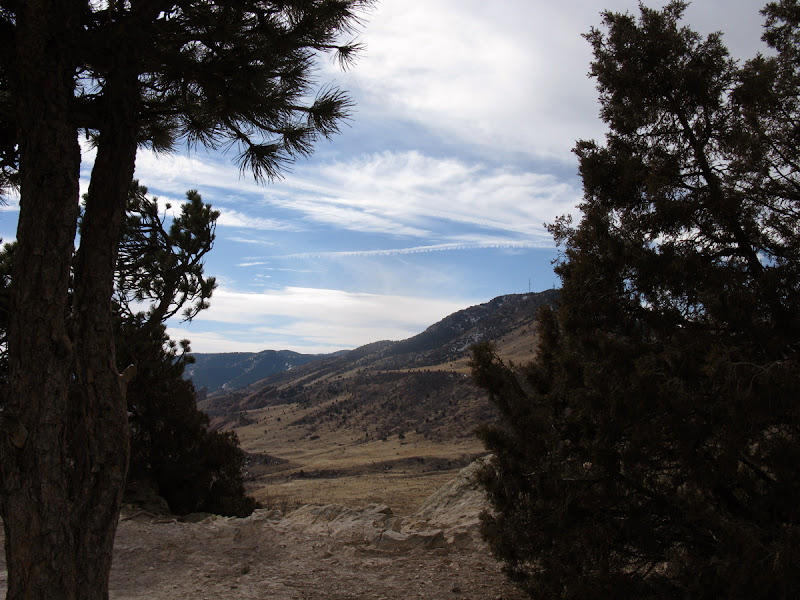 One of my favorite spots and views

Somewhere in that transitional jaunt from Apex to Dakota, M said something ridiculous, like "I want to see you clear that set of steps on Zorro." To which I replied: "HUH!?!!?"

So, it being a day of celebration, we dropped onto the top part of Zorro to check out the steps: 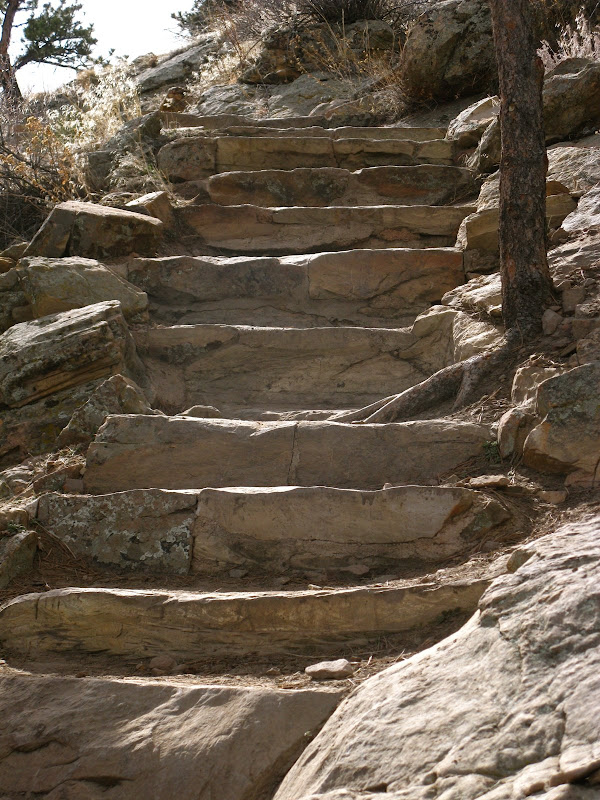 Steps from the bottom. The goal for today was to ride DOWN them ... which, I believe, is a far-cry easier than riding up them.

So the challenge with these steps is not just descending a set of steps. For some weird reason, these steps are remarkably randomly spaced, there are 3 drops in the middle that are relatively large, and really, really poorly spaced, so you're sort of going over 2 or 3 at a time. So, for me that is a challenge because it ends up being rather steep, and the odd spacing creates nice holes for the wheel to get stuck in, sorta. Anyway, it was a bit on the exciting side for me ;-)

So what is one to do?

Clean it, of course!!! (Click the pix for shot-by-shot action photos ;-) 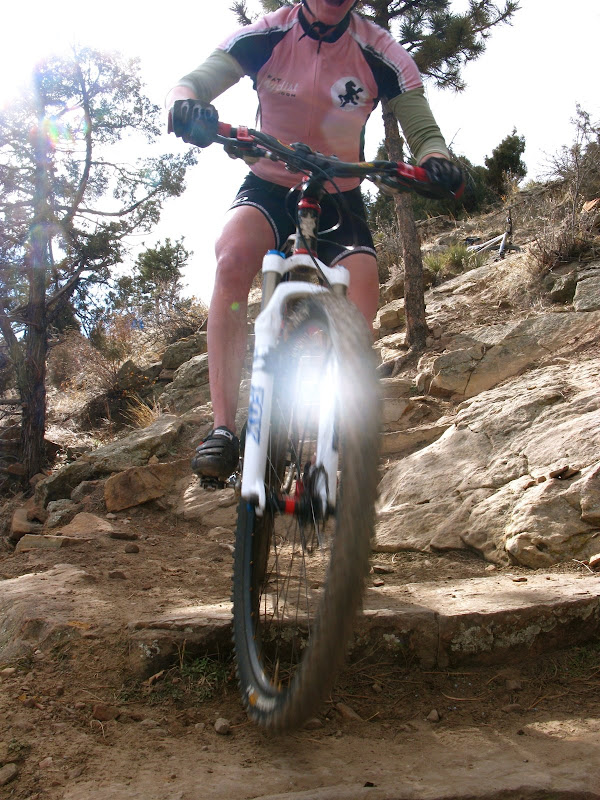 Bada-Bing! Can you tell I'm screaming at the top of my lungs?

Then, of course, the next thing to do is lure the men (who were streaming through, lots of them) to do the same. Only ONE taker!!! GO JORDY!!! 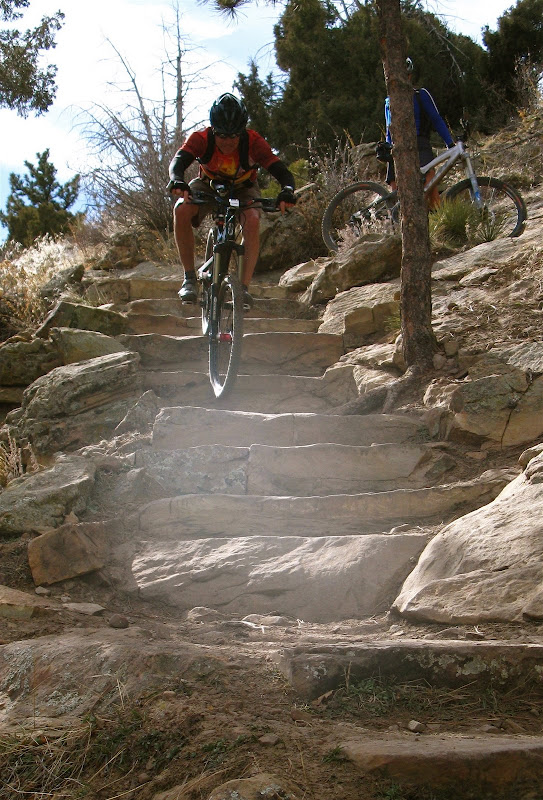 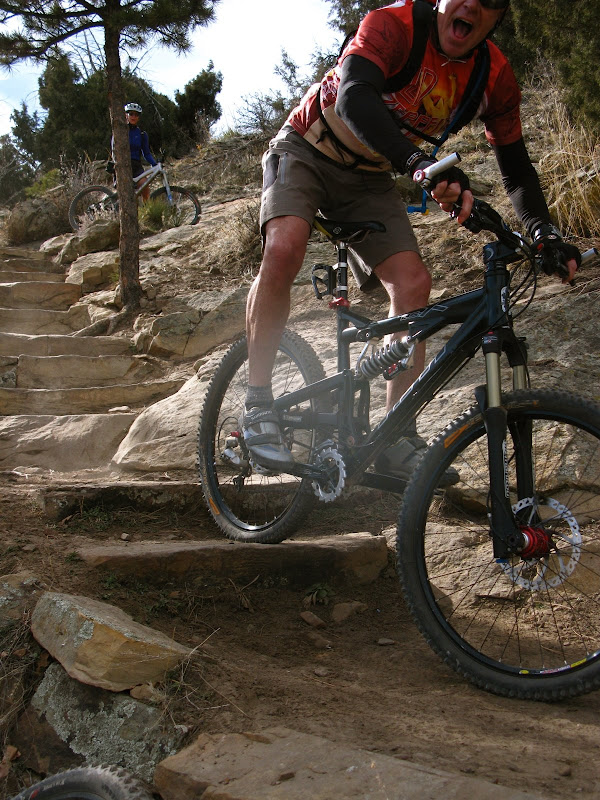 YES, we were ALL hootin' and hollerin' to an absurd degree. Jordy was screamin' too!

It was so much fun, and so adrenaline creating I had to do it again! 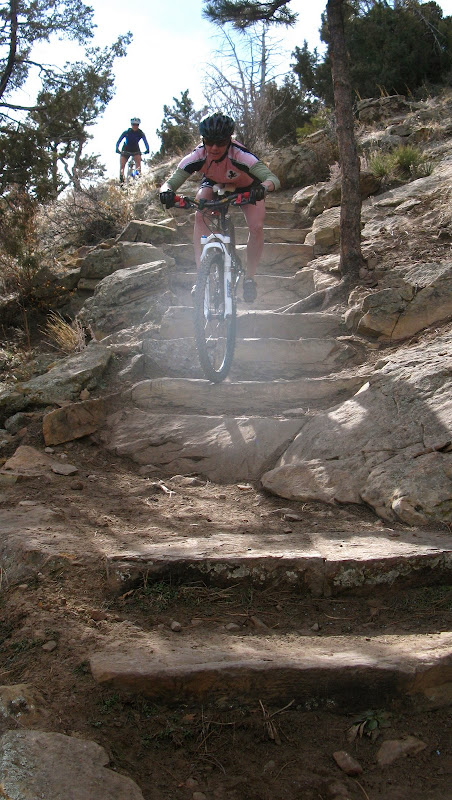 Fun and games had, we opted to not descend all of Zorro, and instead went back up to the ridge and continued on our merry, screamin' way ;-) We bunny-hopped with a number of DH biker boiis, and found ourselves down at the base of Matthews Winters. Such a LOVELY place, really. 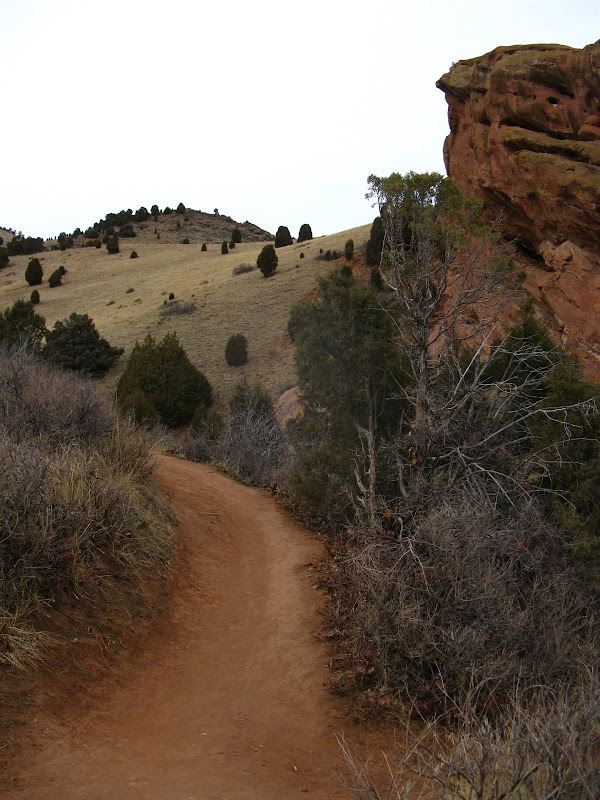 We had so much fun getting to this point that I didn't bother taking any more pix.

We played around on the Big Roller Rock that Michelle has been dying to show me, and that was sent with flying colors and without a second look by all jockeys ponies involved ;-)

We were getting cold, so we headed home thru the rest of MW, up and under the highway, then hit the Dragons Back for good measure and more dirt.

I do believe that Michelle had an excellent birthday ride, and I was hyper-grateful for the opportunity ride with such an amazing person, yet again.

Yeeehaawwwww!!!!!! Yea for dirt in February!

Ohwait -- one more thing. I met this puppy on the way up Apex. I wanted to take him home with me!!!!! 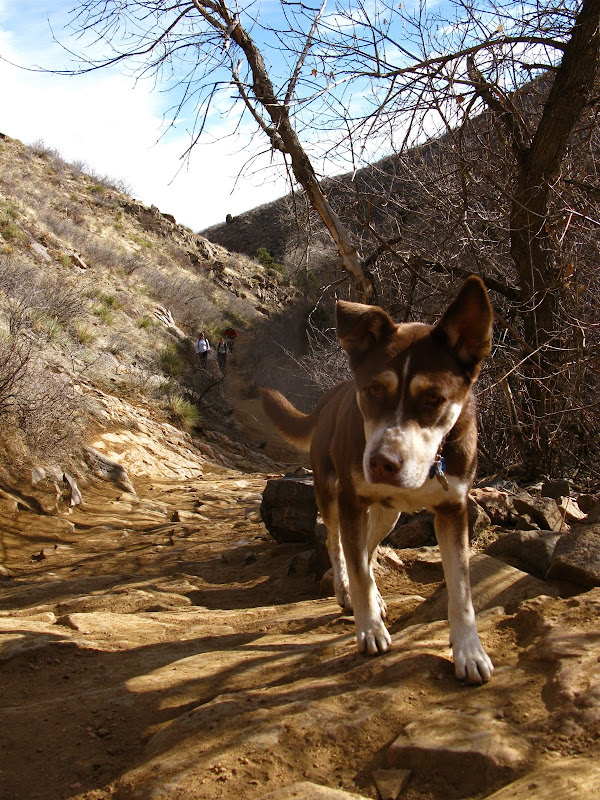